"There is something about the Resurrection. . ."

President Obama hosted an Easter prayer breakfast in the East Room at the White House on Tuesday of this week. During this breakfast he stated,

"As busy as we are, as many tasks as pile up, during this season, we are reminded that there is something about the resurrection ... of Our Savior Jesus Christ that puts everything else in perspective."

I have to admit, he is right.

There really is "something" about the resurrection. First of all, it is the hallmark event of Christianity. It is something no person has ever done before, or will ever do again. . .raise themselves from the dead. 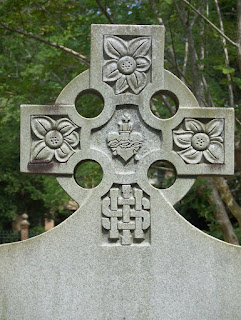 Raising the dead was not a new thing for the Lord Jesus, He did that several times while He walked this earth. Perhaps the most well known example gives us a hint to His own resurrection.

When Jesus learned that His dear friend Lazarus was sick, He told His disciples, "This sickness is not unto death, but for the glory of God, that the Son of God might be glorified thereby, " (John 11:4).

He knew that Lazarus would die and He knew He would raise Him from the dead. This was a picture of what would happen on the cross and afterward.

While on the cross, those watching mocked Him by saying, "He saved others; Himself He cannot save," (Mark 15:31). Jesus certainly could have saved Himself at any moment. He told His disciples, "Thinkest thou that I cannot now pray to my Father, and He shall presently give me more than twelve legions of angels?" (Matthew 26:53)

He knew that "the Son of God might be glorified thereby" in His death and then three days later in His resurrection. So, He,"for the joy that was set before Him endured the cross, despising the shame, and is set down at the right hand of the throne of God," (Hebrews 12:2)