In the last decade I have made four quilts, all of the same pattern.  I cut two inch strips of different colored and patterned material and sew them together.  I attach a matching back to the quilt, as well as the batting in between, and sew it together.  Then I quilt down the center and the edges of each two inch strip.

The fourth sits unfinished in my storage room.  The strips are sewn together and the back is on, the quilt is pulled tightly in the frame, but the quilting is only half finished.  It seems our lives now offer little time to sit still and quilt.  Each time I see it on the shelf, I resolve to take it down and finish it.  After a time of not even touching the needle, it goes back up on the shelf.  Perhaps the day will come when the quilt is finished, but for now, it simply waits.

The Lord has begun His work of transformation in my life, but He is not finished yet.  There are parts of me that still need to be pulled more tightly on the frame.  There are places that need the touch of the needle.

"Being confident of this very thing, that He which hath begun a good work in you will perform it until the day of Jesus Christ:" Philippians 1:6


The quilt that is me will one day be "conformed to the image of His Son," and I will be a finished product.  For now, that transformation is, like my quilt, a matter of one small stitch after another.

As the old hymn says:

Our granddaughter Emma, now seven years old, spent a few years of her life misguidedly thinking she could fly.

She is a graceful, athletic, energetic child and when younger would take great delight in jumping from anywhere to anything.  I think she truly believed that if she could just find the right angle and push off hard enough, she would take flight.

There came a day, though, when she learned the truth of the situation.

Her brother, a year older than she is, tells one story and Emma tells another.  Jack's version is that Emma was indeed jumping from one piece of furniture to another.  Having witnessed her do this (immediately preceding the discipline she needed to teach her not to -- at least in my presence) I had no doubt that his version was truthful.  Emma, however, tells that she was leaning over and fell backwards off the furniture.  Whichever version is correct, the bottom line is that when Emma fell she
broke her collarbone. 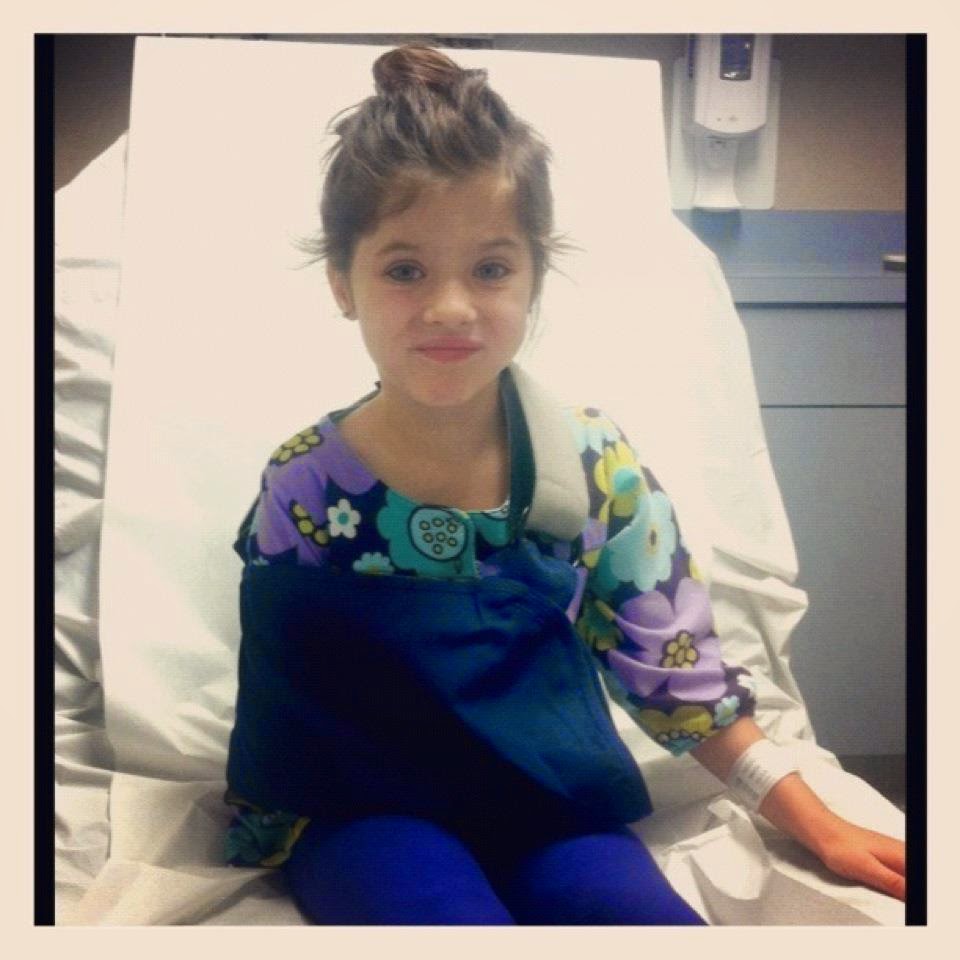 Except for a short time in the hospital, Emma seemed to have no ill effect from her injury.  Even with her arm in a sling she was still as energetic and athletic as before even if she didn't seem to  bounce around on the furniture quite as much.  She had learned the truth of the situation. . .she can't fly.

It is one thing for a truth to exist.  It is another thing for us to believe and accept the truth.  Emma did not want to accept the truth that humans cannot, of their own power, fly.  Her lack of belief did not change the truth of the matter.

There are some people who hear a truth in the Scriptures and respond, "Well, I don't believe that," as if their lack of belief changed the reality of the truth in anyway.  For truth to be truth it must be unchangeable. . .it cannot be one thing to one person and another to someone else.  It must be authoritative and immutable, or else it simply can't be truth, it is opinion.  We are all welcome to form our own opinions, we cannot, however, form our own truth.

The earth revolves around the Sun.  While some may like to say the Sun, and the whole universe in fact, revolves around our beautiful blue orb, their thoughts do not stop the earth in it's orbit one millimeter.

The truth of the Scriptures are the same way.  They are what they are and they don't change because of our opinion, interpretation or unbelief.  We may not accept every single truth easily, but that has no bearing upon the truth itself.  As the disciples once said, "This is an hard saying; who can hear it?" (John 6:60.)  Sometimes I think the "hard sayings" are probably the ones we need to hear the most.

There are those who eschew the truths of the Bible and refer to all those who believe them as believing in fairy tales.  But be certain, there will come a day when all will clearly know the truth.  In that day opinions won't matter, only God's truth and the choice of what each of us has done with His truth.


"That at the name of Jesus every knee should bow, of things in heaven, and things in earth and things under the earth; And that every tongue should confess that Jesus Christ is Lord, to the glory of the Father."  Philippians 2: 10,11

"And I saw the dead, small and great, stand before God; and the books were opened:  and another book was opened, which is the book of life. . .And whosoever was not found written in the book of life was cast into the lake of fire."  Revelation 20: 12,15

Posted by Frannie Davis at 11:34 AM No comments:

Chuck out the Chili

This weekend my husband made a double batch of chili for a weekly Bible Study we host.  The chili smelled good as I walked into the kitchen.  Looking into the pot, it looked absolutely gorgeous with the meat, beans and tomatoes combined into a wonderful culinary concoction.

Then Glen said to me, "I don't think the meat in that chili is good.  Taste it."

Now I have never been one to want to taste anything that is introduced as not being good.  However, I knew he was depending upon my opinion on the matter, so I picked up a spoonful and gingerly took a bite.

"That's my answer right there," he replied, "if you're not sure, then it goes out."  And he tossed the entire pot of chili into the trash.

Years ago, the son of some of our best friends, who has become a wonderful friend in his own right,  gave in our Bible Study the most profound explanation of how Satan works in our lives. (If you receive The Special of the Day. . .From the Orange Moon Cafe which my husband writes, you will have already read this story.)

The then ten-year-old Sterling said, "Satan makes good things look bad and bad things look good." There can be no more succinct or profound statement made of the way our enemy temps to distract, deceive and discourage us.

Our chili looked good.  It smelled good.  But it was bad.

There are things we will find in our lives which look good on the outside.  They may smell good.  Everything about them may offer a positive presentation.  But there may be something -- maybe we can't even tell what -- that makes us uneasy, that gives us a check down deep in our spirits.  The mature Christian listens to that uneasiness, he learns to listen to that still, small voice deep inside.

"But strong meat belongeth to them that are of full age, even those who by reason of use have their senses exercised to discern both good and evil." Hebrews 5:14

The writer of Hebrews defines for us the mature Christian.  He is one who has grown enough to eat "strong meat" or one who has delved into the more intricate matters of doctrine given to us in the Scriptures.  Time in this Scriptures has matured him, the Word hidden in his heart, and the Holy Spirit residing within him lead him to "discern both good and evil."

In Sterling's terms, the mature Christian can see past what merely looks good and see that there is something there not quite right.  He can look at something the world calls evil and see the true good within.  Simply put, he can tell that the chili is bad.


"Judge not according to the appearance, but judge righteous judgment."
(John 7:24)
Posted by Frannie Davis at 7:49 AM No comments: