This morning we prepared to walk and then rode with Emmie to the Cathedral Market. After walking around there and seeing the wares, we rode to Cream & Sugar for some coffee with Emmie. We walked home, taking a somewhat circuitous route to add mileage.

Once we made it to Carlen Street we decided to walk around the Murphy campus, talking about when our oldest two children went to high school there. Glen surprised me by singing the Murphy High School Alma Mater, or what he could remember of it. It's a wonder we remembered any of it after all these years since Marie and Noah went to school there. 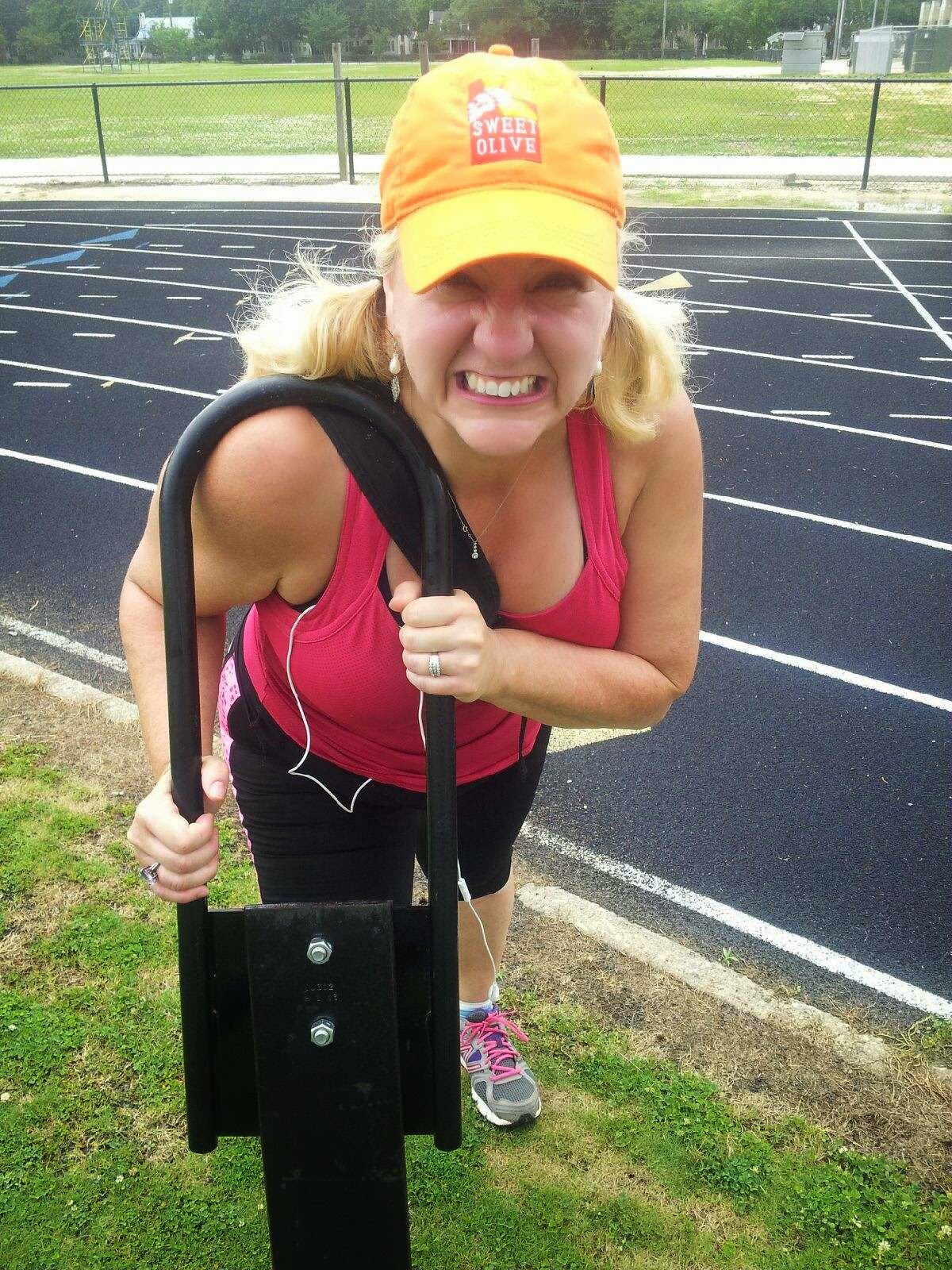 While at Murphy we stopped on the track so Glen could get a picture of me "pushing" one of the sleds. He plans to show it to our friend John, who played football at Murphy and ended up being a football coach.

As we were walking around the school campus, we noticed an angry cloud bank brewing. We stopped for a few seconds to decide which direction it was going. It was to the east of us (and we were headed west) and moving NE. We only experienced a few slight sprinklings when we made it to Emogene Street. I was actually hoping for more of a pouring because I was pretty hot by that time.

This is one of the few times we have walked this distance without some type of break in the middle. It wasn't difficult at all, but we did drink 2 1/2 bottles of water between the two of us.