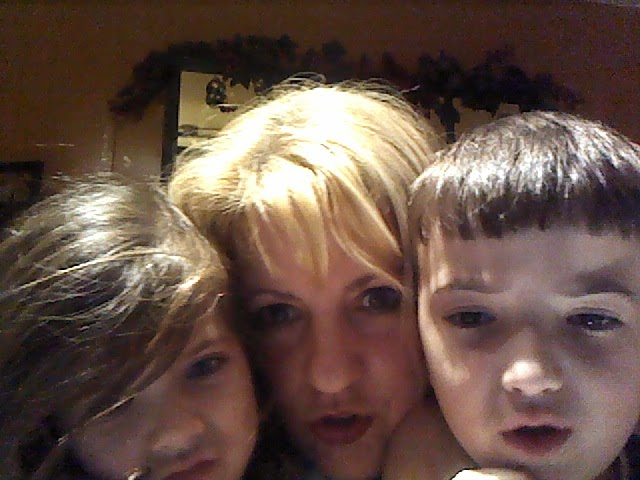 Last weekend we had the pleasure of having our grandchildren, Jack and Emma, stay with us.  I may be biased, but these are two of the sweetest, smartest and delightful children I have ever met.  But then, I am their "Grannie Frannie."


Jack and Emma rarely give us any trouble.  Jack simply loves following the rules. His sister Emma, although fearless and adventuresome, follows them because she knows the consequences.  It is an odd thing when we have to enact discipline with them.  This past weekend was one of those odd times.


I had been in the living room, while the children played under the supervision of their Aunt Marie. Things were quiet and calm, until some bickering started between Jack and Emma.  This very shortly escalated into a fight.  Marie was quick to intervene, suggesting they both needed some "time out."


It has been so long since either of them had any "time out" neither of them would fit in the tiny preschool chair we used for that purpose.  So I pulled two dining room chairs into the hall and made them face opposite walls for the appointed time (the average of their ages.)  I warned them that they were not to move or to speak during that time.  They were so still and quiet I wondered at one point if they were even breathing!


When the time was up, I made them turn towards me and this is what I told them:

"The hallmark of our family is respect and kindness.  This is how we want to treat everyone.  Anytime you are fighting with each other or someone else, it is because you are no longer being respectful or kind.  In this family we seek to put everyone else's wants and needs before our own, to think of others as "better than themselves."  If you are fighting, you are thinking that you are more important than the other person and that what you want is more important than what they want."


When I told Glen about this conversation he mentioned that it would be a good lesson for anyone to hear.  In fact, the Apostle Paul instructed us in this:

"Let nothing be done through strife or vainglory; but in lowliness of mind let each esteem other better than themselves.  Look not every man on his own things, but every man also on the things of others."  (Philippians 2: 3,4.)

The reason the Apostle Paul gave us this instruction was because our Lord lived a perfect example of this.  Our humility and attention to others comes not from our own efforts and sacrifice, but from His life and sacrifice.  It is His Spirit which empowers us, by faith, to live this life.  The Apostle continues this chapter with the wonderful description of the humility of our Lord:


"Let this mind be in you, which was also in Christ Jesus:  Who, being in the form of God, thought it not robbery to be equal with God:  But made Himself of no reputation, and took upon Him the form of a servant, and was made in the likeness of men:  and being found in fashion as a man He humbled Himself, and became obedient unto death, even the death of the cross. Wherefore God also hath highly exalted Him, and given Him a name which is above every name:  That at the name of Jesus every knee should bow, of things in heaven and things in earth, and things under the earth; And that every tongue should confess that Jesus Christ is Lord, to the glory of God the Father."  (Philippians 2: 5-11.)

I love the way I have heard one preacher say it, "the only Person who ever had any right to be proud, wasn't."  If our Lord is the example of humility, then we are to walk in His steps and His attitudes.  It shames me how often I have not followed that path, how often I have let my Greek-Irish temper flare in indignation.  Clearly I was not esteeming others as better than myself in those times.

Whenever pride, arrogance and indignation rise their ugly heads in our hearts and minds, let us remember the One who willingly humbled Himself, who gave up the glories of heaven to take upon Himself "the form of a servant."  Let us fall to our knees to thank Him for His incredible sacrifice and to ask that He work that same humility in and through us as we trust Him by faith.

Posted by Frannie Davis at 4:00 AM

Email ThisBlogThis!Share to TwitterShare to FacebookShare to Pinterest
Labels: Jackson and Emma Chronicles