A Right, A Privilege, A Treasure

Immediately I think of citizens of other countries who would love to have the privilege of participating in truly free elections. I remember the first elections held after "Iraqi Freedom."  The pictures of the women proudly holding up their purple stained thumbs, the symbols of their first ever vote, brought tears to my eyes.  It was especially dear to my heart as I realized it was the blood of American patriots who helped to secure the ability to vote for these women.

Please take the time to vote.  Our right to do so through the years has been secured and maintained by those willing to lay down their lives in defense of our Constitution.  Our vote is not only a right, it is a privilege bought with their sacrifice and is something we should each treasure. 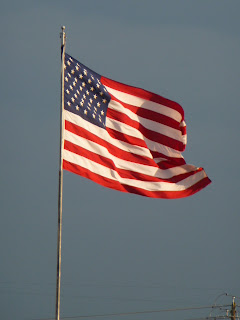 Just VOTE!  Someone died so you could.

Posted by Frannie Davis at 4:00 AM